Shooters will give in their completed attendance sheets, show SCC and pay the range fee on arrival.

The match will have three practices, all shot at 200 yards. HPS for each practice is 50, competition HPS is 150.

There will be rotating details:

2 IN BUTTS, 1 FIRING, 1 SUPERVISING AND SCORING.

Targets: (SEE BOTTOM OF THE PAGE)

PRACTICE 1: Figure 11 with a central 8-inch band running vertically on the target scoring 5, remainder of the Figure 11 target scores 4, and a hit on the screen scores 2.

PRACTICE 3: Figure 11 on a 4 foot screen. All hits on the whole of the Figure 11 target score 5 each.  Shots on the screen do not score.

The course of fire is detailed in the table below

Make sure you bring your NRA Shooter Certification Card, (competency certificate) with you when you give in your attendance sheet and pay your range fee,   No card – no shooting.

Bolts will not be inserted, or breech flags removed until you are on the firing point.

Only rifles, ammunition bag, and spotting equipment to be allowed on the firing point.  No coats, rifle bags, mats and miscellaneous equipment will be allowed.

You must not fire or load until told to do so by the RO.

You are reminded to hold your rifles horizontally when loading, unloading, dealing with misfires and having the rifle inspected.  There will be no cross firing.

If you have a misfire, do not open the bolt for at least 30 seconds.  Lay the rifle on the ground pointing towards the target with the breech towards the ground and raise your hand to attract the RO’s attention.

Everybody MUST wear effective ear protection, both ON and NEAR the firing point and in the butts.

All rifles will be cleared by the RO or safety personnel before leaving the firing point.

Individuals are responsible to ensure their ammunition is within the safety limits of the range.

B7      If firing has to stop for an emergency, the RO will shout ‘STOP! STOP! STOP!’  You must then immediately lay your rifle down and step back from the firing point and wait for instructions.

B8      No one may aim a rifle, look through the sights, remove a breech flag, or insert a bolt unless you are on the firing point with the RO permission.

B10    All equipment must be removed from the firing point.  All rubbish must be collected.

The butt party will clear any rubbish from the butts, and return the targets to the target store.  All LERA equipment will be returned to the STORE

Medals will be presented at the car park prior to leaving 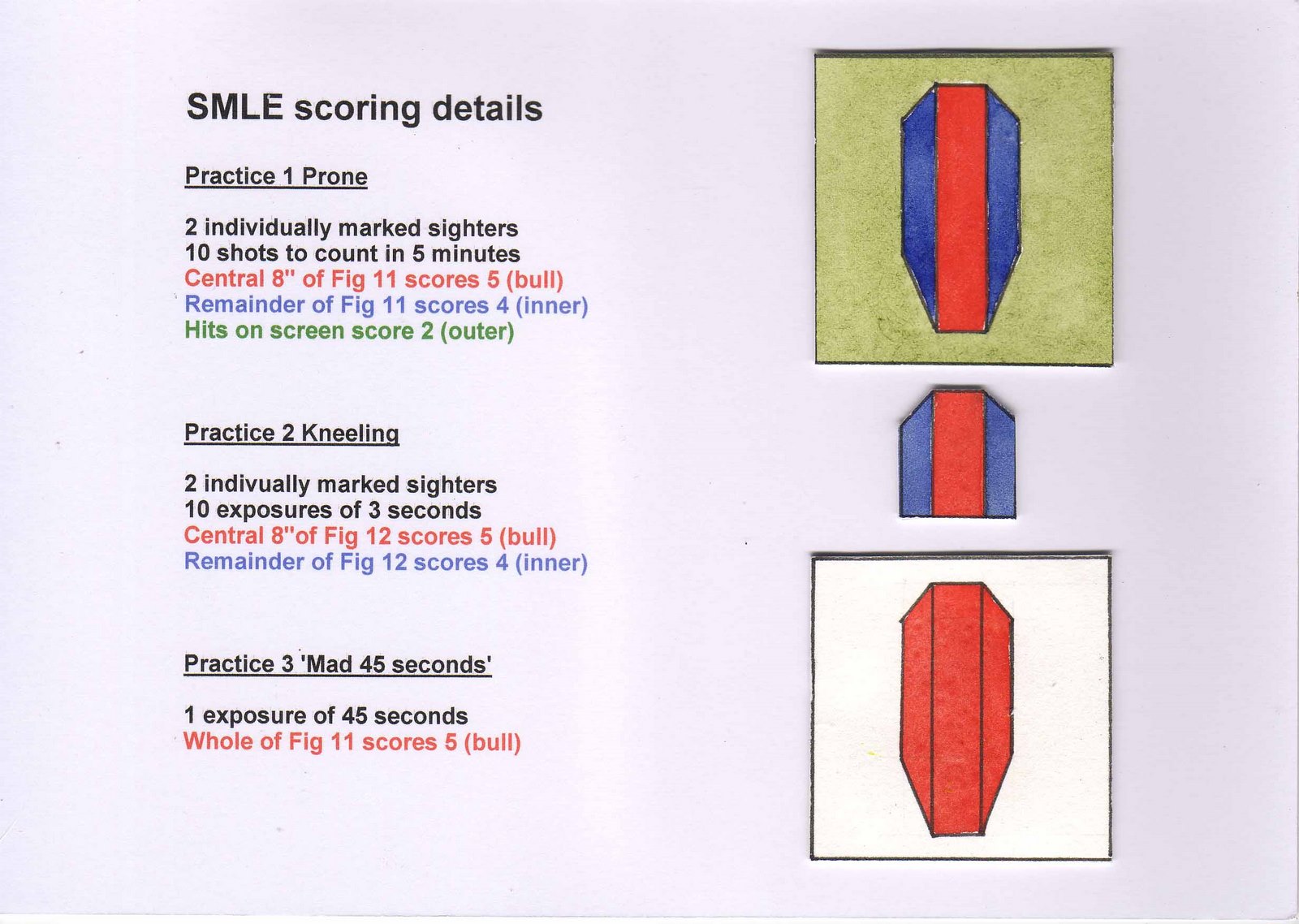 ON-LINE TRAINING!
NRA News
The BULLETin
SCC Renewal form
Dispatches Archive
If you can't log in, or you have any problems with the website email: This email address is being protected from spambots. You need JavaScript enabled to view it.