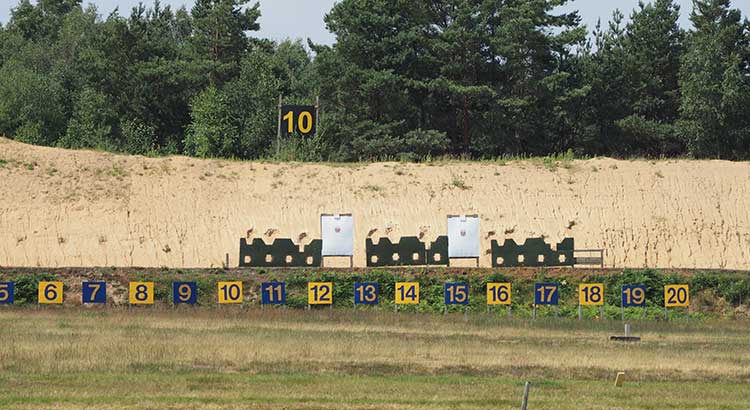 This will be shot on the McQueens Castle with a 4x4 ft sighting target alongside.

Two sighting shots will be fired at the sighting target.

The firer will then be told to make ready with a magazine of ten rounds.

There will be ten exposures of three seconds with a gap of between 10 and 20 seconds between each exposure.

One round to be fired at each exposure.

Scoring will be the NRA McQueens 300 yard scoring, which is :

Elsewhere on the target scores 4.

Score will be communicated to the firing point and spotting discs shown for 25 seconds.

“Brecon”         All Accuracy International Sniper Rifles. (with regard to NRA HME restrictions)

“Open Enfield”           Enfield and other sporting sporting rifles. With regard to NRA HME restrictions.